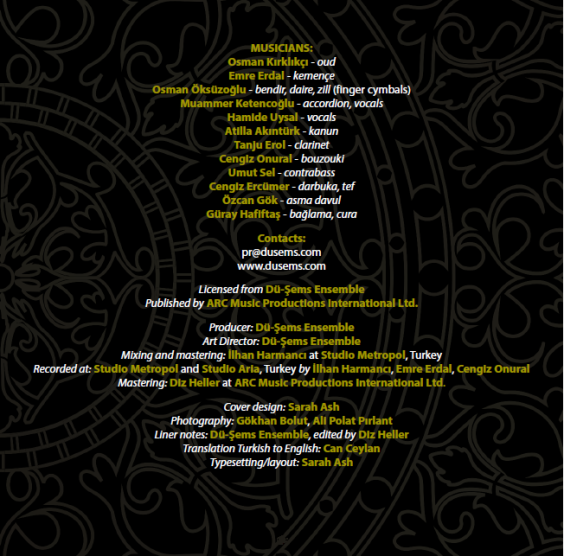 “The Sun of Both Worlds” – Traditional Turkish Sufi Music 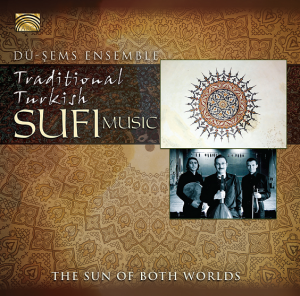 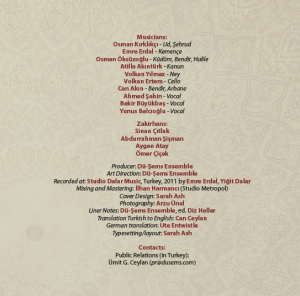 Dipping an ear into the intoxicating world of Sufi music is easy with ARC Music’s release of Traditional Turkish Sufi Music by the Du-Sems Ensemble. Formed in 2010 by ud and sehrud player Osman Kirklilci, kemence player Emre Erdal and kdum, bendir and halile player Osman Oksuzoglu, Du-Sems has set out on a musical journey to gain some international attention to traditional Turkish music, while encouraging and playing with other traditional musicians from Greece, Syria, Iran and the Balkan. Keeping carefully to original composition forms and original instruments, Du-Sems offers a musical glimpse into the rich traditions of Turkish music.

Backed by vocalists Ahmed Sahin, Bekir Buyukbas and Yunus Balcioglu and ney player Volkan Yilmaz, cellist Volkan Ertem and bendir and arbane player Can Akin, Du-Sems Ensemble’s sound glories in the rich musical traditions and profound faith Sufism. Set without breaks, one track seamlessly flows into the next track, providing the listener with a collective of hymns and prayers that is both galvanizing and deeply evocative.

Traditional Turkish Sufi Music is a stunning listen into Turkey’s Sufi traditions and masterful set of tracks by the Du-Sems Ensemble.

Du-Sems Ensemble’s traditional Turkish Sufi music, whose roots stretch back to the 10th century, will also reward those with an ear for exotic, esoteric sounds. Light listening it most certainly isn’t, but at its peak The Sun of Both Worlds – in effect one long extended track – is totally compelling and galvanizing. The set starts with a ney flute solo that quickly gives way to repetitive choral-chanted hymns, prayers and poems (ilahis, salats and kasides), backed by various frame drums and some stringed instrumentation (oud, kemence and cello). The music reaches an intoxicating climax in the mid-album section when solo singers improvise over a repeated bottom register refrain.